Title: Stormrise
Publisher: Sega
Platform: PS3
Genre: Strategy/Simulation
Release Date: 3/25/2009
Overview:
The world has been scorched. Two different groups have survived in different ways. The Echelon, a technologically-advanced group, induced self-hibernation to stay alive during the barren times. The Sai, a more tribal people, learned to adapt to their surroundings and the new environment. Now, both groups will go to war for the world’s diminishing resources, and you will command the armies in battle! Control units in classic RTS-style combat in the air, on the ground, and even under the earth. Keep track of various unit types and wildly different battle styles between the two races. The future of the planet hangs in the balance! 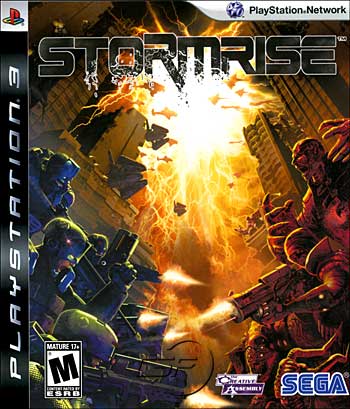