Title: Disney’s Bolt
Publisher: Disney Interactive
Platform: PlayStation 2
Genre: Family/Party
Release Date: 11/17/2008
Overview:
You know a game must be good when one of the characters is a hamster named Rhino! Bolt may be a regular dog who plays a superdog on TV, but when Rhino’s watching, the power is as real as real can get. Rather than following the plot of the movie, you’ll play through episodes of the show as both Bolt and his human sidekick, Penny. Penny’s levels are stealth based, using her heat vision to reveal clues and uncover enemies, her wheel stick to quickly move along ledges, and even turn invisible. Then take control of Bolt, where you’ll bound like Superman, taking out enemies with a quick pounce and laser beam eye vision! 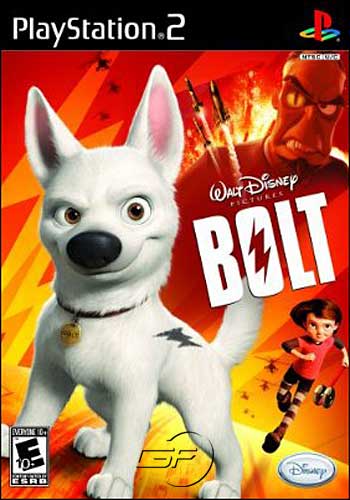