Title: Hot Wheels: Beat That
Publisher: Activision
Platform: PlayStation 2
Genre: Racing
Release Date: 9/27/2007
Overview:
Sometimes, the biggest action comes in the smallest package! Get behind the wheel of any of 30 cars pulled straight from the Hot Wheels lineup. Race on 12 tracks built to scale – corkscrews, loops, shortcuts and hidden paths, chokepoints, and interactive elements – then battle on four different battlegrounds. Unlock special awards for the best tricks and jumps. Put the pedal to the metal in five different gameplay modes, including Race, Eliminator, Rampage, and Battle. Bottle Rockets, Ice Guns, and Parachutes line the courses, giving you a major advantage over the competition. Show your friends how hot you are, and then challenge them to beat that! 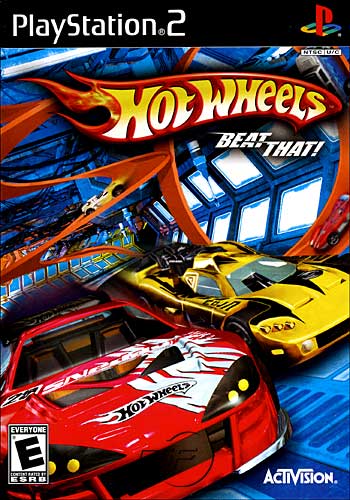