Title: King of Fighters: Neowave
Publisher: SNK
Platform: Xbox
Genre: Fighting
Release Date: 4/12/2006
Overview:
King of Fighters brings the pain better than ever with NeoWave, an all-new edition of the long-running 2D fighter. Choose from 36 characters and three fighting modes – Max2, Super Cancel, and Guard Break – that each put different moves at your disposal. Five game modes include KOF’s patented Team Mode, where you select a squad of three fighters for a tag-team battle. You can also pin your hopes on one warrior in Single Play, refine moves in Practice, rumble with a friend in Versus, and fight till you can’t fight any more in Endless Mode. Full-powered play on Xbox Live means you can take the battle to anyone, anywhere. 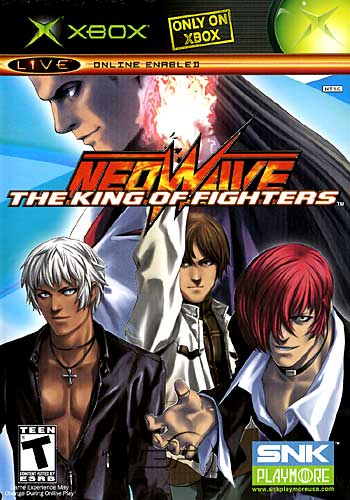